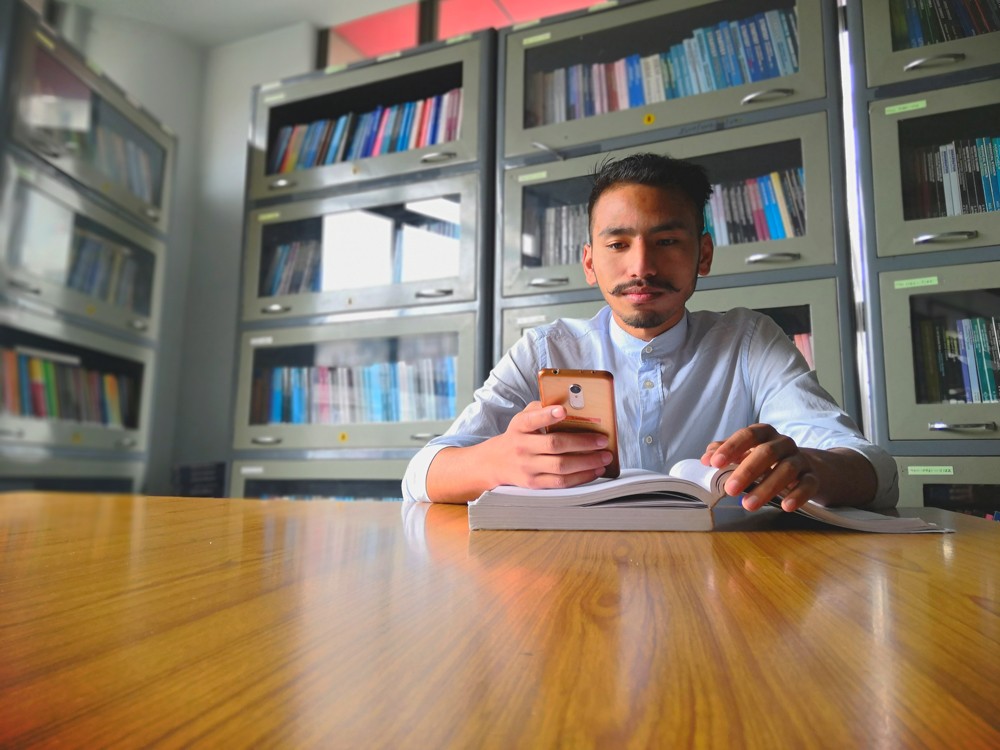 Konthoujam Johnson is a young enterprising entrepreneur who has courageously handled severe bouts of clinical depression over the years. He is currently the owner of a business by the name of Konthouba Enterprises, which makes and sells organic products. The business began with the plastic-free pen that Johnson got the idea for a while witnessing the Kerela floods when he was studying for his BBA. By finding the mental fortitude to develop and execute on an idea like this successfully, he has proven himself to be a great entrepreneur already – he came up with the idea that can truly help a community, he was propelled into action after witnessing the floods of Kerela and the role of plastic-related pollution in it, and he came up with a practical solution using the tools that were available around him.

Seeing the effects plastic had on these floods and the plastic garbage that the flood left behind, it got stuck in my head – I had to do something.

Sincerity and perseverance are often one of the biggest common denominators of all success stories, and Johnson was no different. He made the first prototype of the pen using paper and other organic products. Seeing that he was genuinely sincere about his product, the university that he was studying in was extremely supportive and gave him time off to work on developing the project. Over the course of the next six months, he developed the project by using the banana leaves that fruit cultivators would leave around to rot, and came up with a workable design.

I got the idea of making pens from banana leaves instead of plastic, because the plastic issue is a hot-button one right now.

Successful entrepreneurship for problems like this requires a unique mix of good intentions and commercial wit. Looking at Konthouba Enterprises’ trajectory, it is clear the Johnson seems to have both. Over time he has developed various other products of the organic variety, with the same stated purpose of creating useful products that could replace its more environmentally harmful alternatives. Johnson also believes in doing rather than just talking about it. It is clear in the way he got started in environmental entrepreneurship, a field about which most others just prefer to give lip service.

My silence makes me unique as a person. My personal life principle is to be silent and let my work speak for itself.

Others have begun to notice Johnson’s capabilities as well. He has been invited to the 7th edition of the Young Leaders’ Conclave, where he would be discussing his ideas with other budding entrepreneurs, for a more sophisticated and inclusive business environment in North-East India. He has also been bestowed with a number of awards. In addition to winning the young Business Entrepreneur Award 2019 from his university, he won a number of other accolades – he was the 2nd runners up for the Best Business Idea Awards 2019 from MANFETE 2019; he won the India Icon Awards and the Youngest Innovative Entrepreneur Awards in Manipur, 2019 and he also won the India Star Young Achievers Award, 2019 from India Star Book of Record.