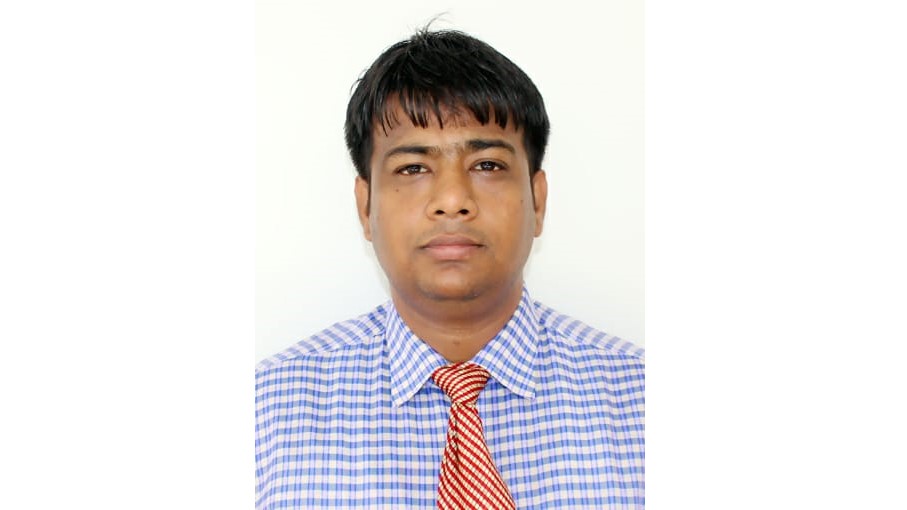 Ravish Prajapati, Vice-Principal of Mount Litera Zee School Pusad, is a 35 years old man working towards his dreams for 16 years and working in this industry for 3 years.

He started his profession soon after Graduation and gradually moved further. Initially, he started as a teacher, then to event manager, then to administrator academics, and reached this position.

As per his father’s advice, whom he considers as his professional Guru, he told him to keep cool and never lose his temper, let the worst situation arrive, and you will win. Hence, to date, he is following that mantra and it’s doing wonders.

He noticed that respect for teachers is far more than an IAS/ IPS or any other public servant from his school days. Teachers are the pillars on the shoulder of whom society is built.

To him, they have always had a pleasant personality & sophisticated way of talking which he admired. Also, the teachers who taught him left an impression of a most knowledgeable person who distributed knowledge without any difference in students. Hence, since that day, he has always thought to become a teacher no in fact, a learner who will be learning all through his life.

Other than this aspect, his true inspiration has been his Mother Adv. Ms. Susmita Anees Prajapati and his loving father Lt. Mr. Ram Ratan Prajapati.

Their way of teaching and dealing with students has always seemed so admirable that he now follows those tricks with his students, and that’s the magic that still works.

There is also Ms. Satwant Palekar, Ex-RSD Zee Learn Limited, his Professional Idol, who is motivating and caring. In her life, she has unfolded many of the unknowing things. Hence, their presence in his life made his objective much easier with time.

“Professional ethics should always be followed, and no one is above your company or profession.”

His dreams may have come true, but not without struggles. However, his father has put an unforgettable mark on his professional life. As he always said to be punctual and dedicated to work and be before time and most importantly Never Say No to any work, Ravish has religiously followed that.

Nonetheless, he faced problems while performing the task, but he has gradually learned new how to do it, and that has become true learning.

He shared with us that he received many awards for his greatness in his professional life, such as a best fresher and best fresher singer in college, Man of the Match for College Level Cricket Tournaments. Also, the Best teacher for Guiding Science Model at Taluka Level.