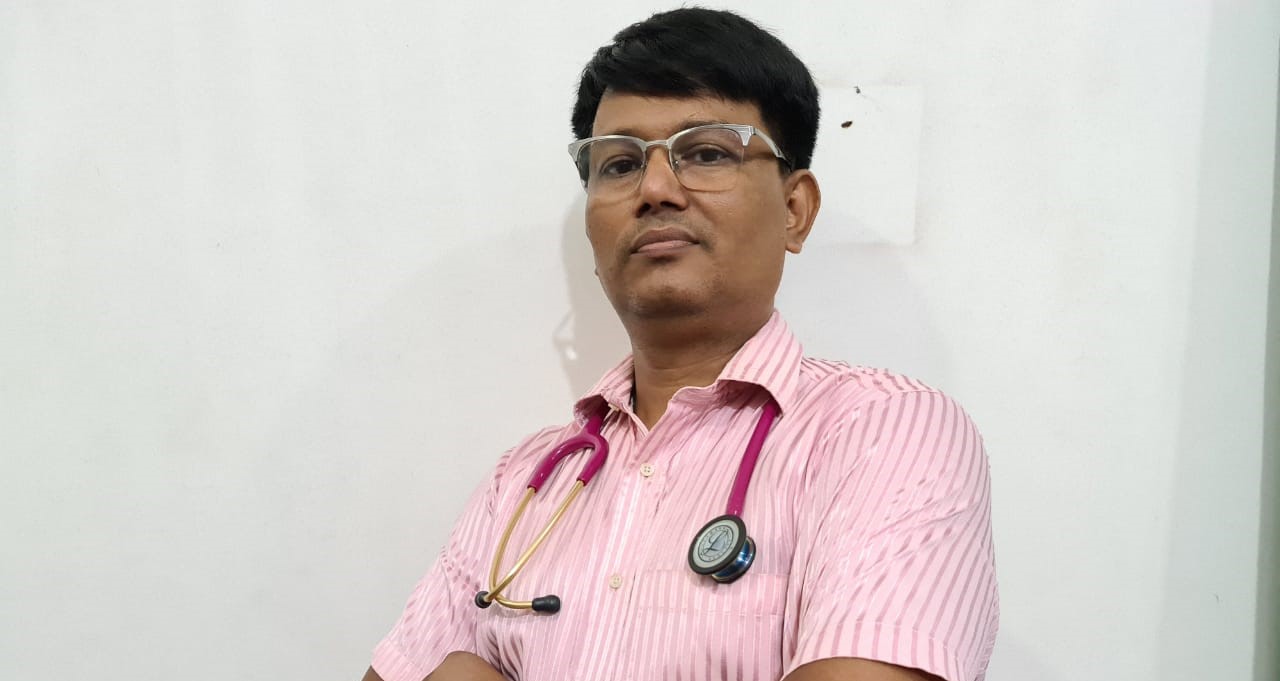 This Morigaon based Homeopathy doctor is determined to serve the poor and the needy from his clinic in remote Assam village.

On a mission to make healthcare accessible to a larger section of his village and deliver quality treatment through homeopathy, Dr Ranjit Kumar Nath established his own clinic named Dr Ranjit Homeo Clinic in Morigaon. Being a farmer’s son it was a difficult journey for Ranjit to attain this feat of being a well-known homeopathy practitioner. Since inception in March 1997, his clinic is being serving people from all walks of life. From just nothing to a well setup clinic with nine staffs, surely the clinic has traversed a long way. He started his clinic with a meagre amount of Rs 5000 and today it generates a turnover of impressive 29 lakhs per annum from a semi-urban town of Assam.

Every success story has its own share of hardships and the same goes for Ranjit too while he was hard bent on his vision of setting up a clinic and serve people of his locality and community. Throughout this ups and downs of life, his father remained inspirational. His father’s struggling life as a farmer had always motivated him to look forward and remain positive in life. His late father has always encouraged him to do something for the community and give it back to the society that has helped him to be a doctor. The charitable service done by his clinic helps the economically backward class and the illiterate through counselling and social awareness.

Ranjit always idolised his father, who taught him to work selflessly for wellbeing of the people, and remain stable in any difficult situation. He also inspired him to be honest, loyal, and wear the best of attitudes while serving people. Being a successful doctor, he too had his share of struggles. His first challenge was to set up infrastructure and money needed for the same. It was becoming difficult to run the clinic from a rental premises with ever increasing footfalls. He fought hard to get a government plot and then construct a well setup building for his clinic. However, with determination and persistency he overcame all those challenges and could sail through the rough patches of his entrepreneurial expedition.

To remain competitive in the market and maintain his popularity he has his own strategies in place and shared the formula with us. He reveals “To create awareness and drive popularity, we serve the poor and the needy through our charitable services. This benefits them and helps us to spread the word about our homeopathy services to the masses.”

Besides being a homeopathy physician, Ranjit has been an avid quizzer and had ranked impressively at a National level Quizzing competition. He won 2nd prize at a Thailand Seminar on Homeopathy. The prestigious award at Assam’s Sankardev Kalakshetra adds special recognition to the homeopath practitioner. Despite several awards and recognition he is set to serve mankind through his work.