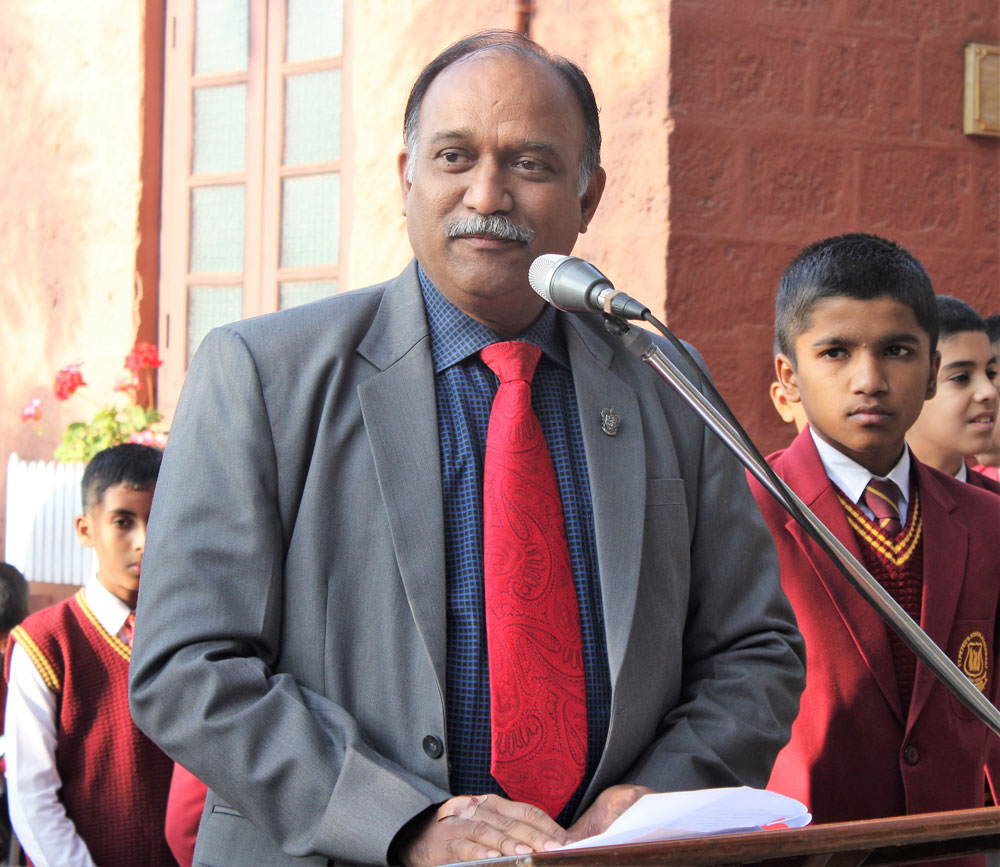 An Inspirational Educationist, Dr. Wilfred Walter Noronha is a simple individual who believes in doing whatever he likes and is carried away by a quote by his Grade 7 class teacher Mrs. Lasrado – “Whatever you do, do it in style”. A highly educated Educator with degrees in B.Com, B.Ed, M.A.(Edu), D.Litt. and MBA, shares a portion of his success with his friend, a chance meeting with whom encouraged him to incept his journey as an Educationist. He idealizes his parents and shares gratitude to his siblings, wife and kids, for giving him the wings to soar high.

He is extensively inspired by 6 individuals in his life, first being Mrs. Gladys D’souza- his Class teacher in grade 5 at ‘St. Thomas High School’, Goregaon (East), who constantly encouraged and helped him in building his self-confidence. Second being Prof. Madhu Sapre – Head of Department (English) at ‘Prahladrai Dalmia Lions College of Commerce & Economics’, Malad, who ensured that his English was polished to such an extent that he began to compere shows at college. Thirdly, Dr. Mrs. Elaine Charles – Ex. Principal of ‘St. Xavier’s Institute of Education’, New Marine Lines, who trained him to be a good educator with qualities of head & heart. Next, he idealizes Rev. Fr. Joe Saldanha, S.J. – Principal at ‘St. Mary’s School (ICSE), Mazagaon’ who ensured polishing this stone to become a glittering stone and inculcated in him the true spirit of leadership and made him like a fearless lion. He is also inspired by Rev. Fr. Kenneth Misquitta, S.J. – Principal at ‘St. Mary’s School (ICSE), Mazagaon’ who elevated him from the post of Senior School Supervisor to Vice-Principal, which became a launching pad for him to get into ‘St. Peter’s School, Panchgani’ as Principal. He learnt a lot of management skills from him gathered the confidence to take decisions. He looks up to Mr. Ewart Lazarus – Hon. Secretary & Trustee of ‘St. Peter’s School’, Panchgani, who saw the burning desire in him to accomplish things extensively. His encouragement and constant support made him go the extra mile, and Dr. Wilfred Walter Noronha considers him the epitome of being the guardian angel.

Being a blessed child, he recalls a few encounters which ascertain the blessings of God with him, “I have survived a bomb blast due to a divine presence around me”. Fortunate enough for not having to face any struggles in life, he shares that challenges only taught him to evolve as a better person, a good son, a loving husband and a caring father. “My daughter has always been my best teacher, as with every challenge she throws at me, I learn to find unique solutions to solve them”, reflects Dr. Wilfred Walter Noronha candidly.
With a stint in TVS- Tyres as a sales representative, he shifted from Mumbai to Pune to Nagpur, and with shifting his headquarters; he climbed the ladder of success as well. After 4 years of stint in marketing, he took a sabbatical for a year to complete B.Ed and entered into the field of teaching. His versatile career graph made him serve in the capacity or Assistant Teacher, Supervisor and Vice-Principal at ‘St. Mary’s’ for 24 years before taking a leap of faith to join ‘St. Peter’s’, Panchgani as HeadMaster, where he is the Principal now. He considers it a pure destiny and a dying man’s wish that he has reached these heights. His unique personality can be witnessed through his decision making capabilities by putting himself in the other person’s shoes.

He has also head a boy’s boarding institution in Panchgani, which was established in 1904, having a grand history. Recently being chosen as one of the 50 Effective Principals in the country through a survey conducted by ‘EducationToday.co’, Wilfred has been appreciated big time, and recently he has been placed at Numero Uno position in Maharashtra owing to a prestigious award by Blindwink.