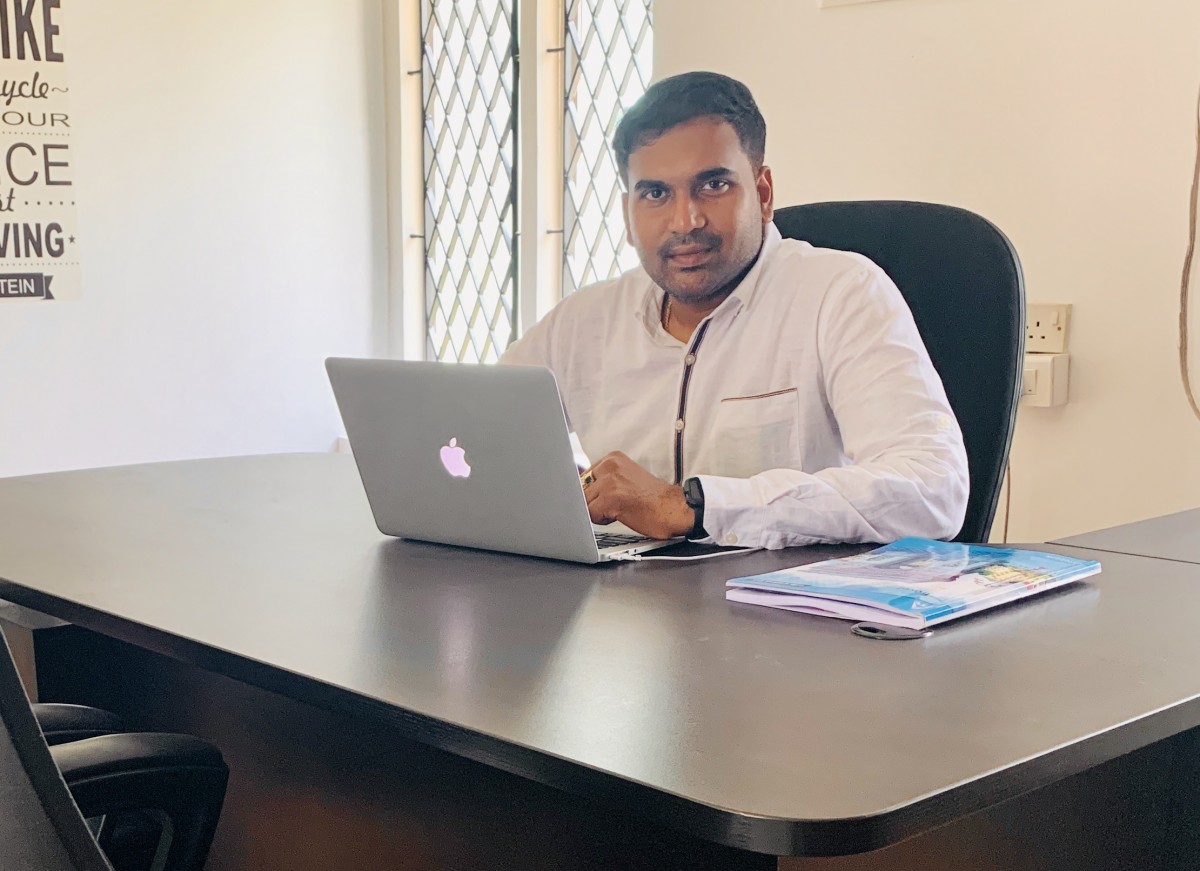 Bearing a rich 8+ years of industrial experience in both technical and management fields, Sharan Kumar AJ is a B.Tech graduate. He started his first business at the age of 21 immediately after his graduation and incepted a franchisee retail outlet in Kerala. This was the first of its kind of shop in Kerala, which brought a drastic change in purchasing behavior of customers in that area.  Afterwards, he completed his MBA from the United Kingdom. Then he joined in one of the Public Sector undertakings in Kerala and had a 5 year stint of working with the Kerala Government during which he successfully completed more than 75+ projects throughout Kerala, out of which 15+ projects were big sale projects. This experience led a road for him to incept his own venture- ‘Kudoworld Techbay’ in 2017.

He believes, “The busy schedule in one’s life makes him prepared for the next hurdles and the experiences one earns from one’s business or profession will make him fit for next assignments.”

He considers ‘Jeff Bezoz’ as his major inspiration in life, who started a company where the investors were not ready to invest a single penny but he made it to the $112 Billion company. A firm believer of ‘one day the hard work will pay-off’, Sharan Kumar AJ started ‘Kudoworld Techbay’ from scratch and is now witnessing an expansion to the United States and numerous other countries. Deeply grasping motivation from his father, he began his career at the age of 20 without any assets in his hand and struggled for his life to finally achieve a prominent place in the society in all kinds and values.

He discloses, “The ‘Kudoworld Techbay’ came up with intensive technologies that support the future alimentation of the world through our motto – ‘Greener, Safer and Secure’, which is accomplished through a chariot of quartet from systematizing field.”

Sharan Kumar AJ, who believes “Right from birth, a person starts to struggle to live on this earth”, too had to face a lot of struggles. Right from the selection of products and services to the way of delivering them efficiently, served as the teething problems of his venture. He shares that the selection of products and services that favors society and creates a social impact, was one of the major criteria. This brainstorming made them to finalize safety devices for children and women across the world.

Done with finalizing the products, the next big trouble for him was initial funding!

He believes in spite of many companies in India as their competitors, their unique selling proposition made them stand out from others. In the market where their competitors were buying products from China, they did their complete R&D in India. “By this act we can ensure complete peace of mind for the customers about their privacy as well as security concerns”, says the Tech master.

Following their own business tactics of building premium products and services at reasonable prices, makes them outshine in the market.

He shares a deep gratitude to each of the directors and employees of ‘Kudoworld Techbay’, whose immense help and boundless support brought their venture to these heights. The supporting pillars of ‘Kudoworld Techbay’- its directors include Mrs. Parvathy S Kumar, who is heading the Human Resources activities, Mr. Sivaprasad SR, who is heading the software department and Mr. Vishak Nataraj, who is heading the hardware department. He follows the principle of creating a perception in his employees regarding the success of the project as well as to stand with the company till it achieves a remarkable place in the industry.