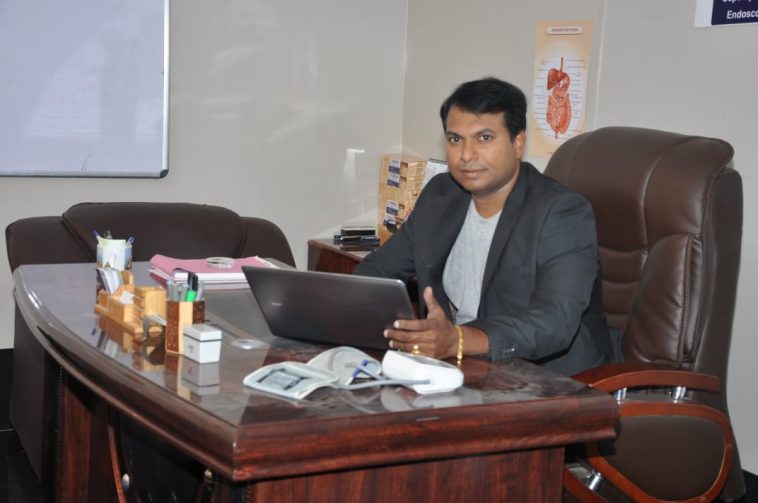 Dr.R.Rajamahendran MS, MRCS, MCh, Founder, RRM Gastro Super speciality Clinic, and KONCPT PG Medical Coaching Centre, Tamilnadu, is a practising Gastroenterologist. Early in his student life, he was always attracted to the teaching profession. Soon after he finished his studies, he decided to take his interest to another level by establishing a coaching centre for children.  So far in his journey, he has sold over 10 Medical Books for MBBS Students and Postgraduate students. He became a Leading National Faculty in Surgery for PG Medical Entrance Examination and also a Director of Koncpt Pg Medical Coaching Centre and the App- Surgery Sixer.

The institution was founded in the year 2009, and for his consistency, it now has 12 branches of coaching centres in Delhi.  Well, when he started doing this, there was not as much scope available for PG aspirants in the country. Thus, he thought why not he has a contribution to this cause. Now, with his institution becoming a big centre, many students are greatly helped by him. He also plans to teach MBBS Students to teach NEET PG in the future. It also has a plan to provide online coaching to students in the states of East & West, in the future as well.

Through his works, he gets satisfaction and gratitude. As he always cherished this as a profession, he very much enjoys its perks & deals with the downsides smartly. But as we all know, no journey to great achievements is smooth, and he too, had faced a lot of problems. In the initial years of his coachings, people wrongfully put allegations on him, which were not true at all.

“They used to claim the names of our students as their students after the results. Every time when someone tried to suppress us; we projected out and showed what we are capable of.”– He says

This was not a pleasant experience, but they could never stop him, and each time they wanted to harass him, he rose against all the odds. The pressure was high on him, as he says “Being Multifaceted is the important thing I had Which made me reach this level, Both in Hospital and Coaching Centre.” But, it was not impossible, the journey has been indeed hard & it continues to be so; still, the passion that carries within himself for his students, his work & his institutions, keeps him going.

For the people, who want the same, if they want to establish something on their own, his advice to them is “Loyalty and dedication to your Business or Commitment are the Two keys to success.” Without keeping this mind, nothing could be achieved. In his journey, there is a lot of learning for people to memorise and use it on their own. For his great work in this field, he has already won the Best Doctor Award, in 2017 and 2019, within his District.