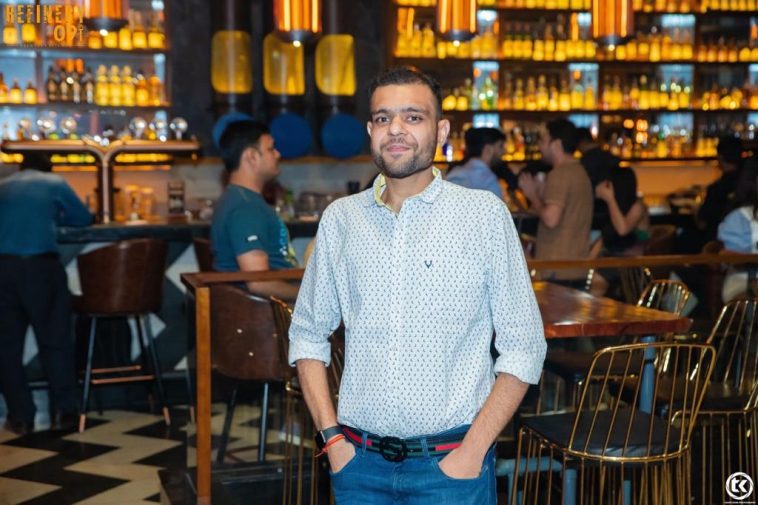 Mr. Devesh Sonthalia, the founder,established this at a young age. The boy who had always dreamt about having his own restaurant but unable to find the right direction. “Ialways wanted to open a restaurant… My dad never stopped me… Always got his support”- He says

Having a parent who had always supported him despite every rough patch made him more reliable and responsible even though being poor at studies never stopped him from dreaming big. “I was never good in my studies… always wanted to venture in the f&b business,” Mr. Sonthalia explains.

Soon after he completed his training from Delhi, he opened his first restaurant on September 11, 2011. While continuing his studies & restaurant business side by side, he developed an interest in his father’s business. ” Work in the restaurant all day, close it in the evening”- He says

Even at an early stage of life, he realized that setting a goal is primary to become successful. The process is never going to be easier, but it could be handled if you work smartly.

According to him- “There are so many factors… inspired me to become an entrepreneur”. There is just another level of happiness inching closer to one’s target, and his utmost belief made him the person he is today. His fashion for food and having a business of his own is now thriving.

Mr. Sonthalia is maybe an inspiration today to the youth, but any of it was not possible if there wasn’t his dad. His father has been nothing but supportive in his entire career of becoming an entrepreneur. “My dad never stopped me… I still remember he came with me for the training of Subway to Delhi” – He says

Today, Mr. Sonthalia is a board member of the national marketing team and also a Master Franchise of Fat Tiger.

He is very proud of his achievements. Although he believes setting a plan is mandatory to become successful in life, he himself followed the path and proved it right. According to him, people need to receive the correct advice; otherwise, they may give investors inaccurate advice. The company believes in providing the proper advisor to be it an investment or insurance.

From having an identity of his parents’ child to building an identity for himself, he became one of the most successful entrepreneurs of this generation. Not just an inspiration rather a proper entrepreneur who has shown the path of success in a logical and calculated way.