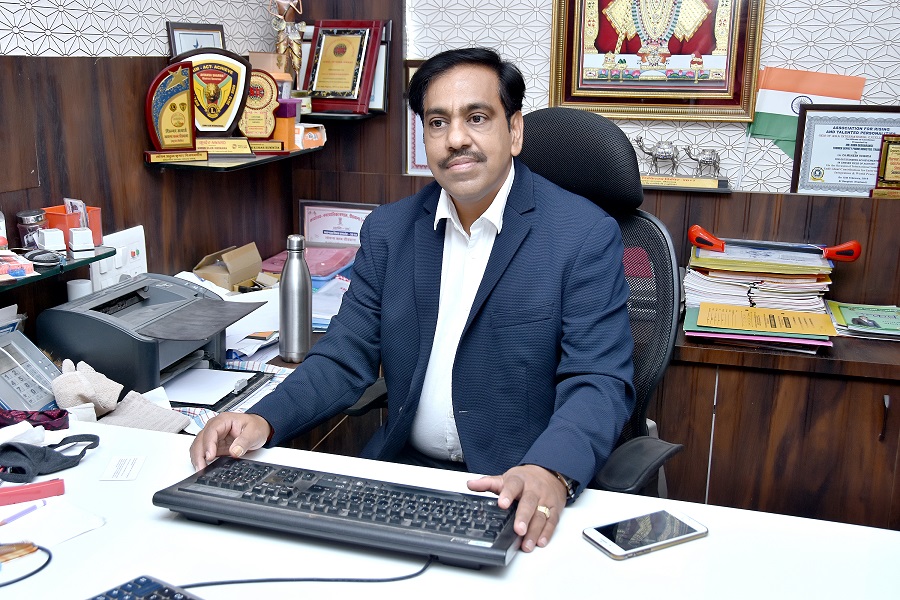 The possibilities of developing business and markets used to be limited in small towns. But that was when people lacked knowledge and courage to start a business of their own with new tools and strategies. Proper guidance with right amount of confidence is the key to success of any business.
This is the story of CA (Dr.) Mukesh Kumar Ruwatia who utilized the opportunities available to establish a new business by providing knowledge and strategies to other entrepreneurs. He holds qualifications such as B.Com, D.C.A., CMA, CCCA, FCA, MBA, DMS. He is a practicing Chartered Accountant since 1997. Being from a small town in Rajasthan, he grew up watching businessmen and entrepreneurs from his place following the traditional and ancestral way of doing business. They limited themselves from establishing their business into corporate sector. That’s where Mr. Mukesh Kumar saw another possibility of business for himself by providing the best service for the people from his own place. He slowly started to educate people and inspired them to start business in corporate sector.
The Ruwatia family has 9 Chartered Accountants, which is a great achievement. Mr. Mukesh Kumar Ruwatia is the Past Region Chairman and Zone chairman of Lions Club International Distt. 3233E2. He is a multifaceted personality of great virtues.

After completing B COM, Mr. Mukesh Kumar never thought of becoming a Chartered Accountant like his other two brothers, who were looking after family business. But his father insisted him to give CA a try for once, but never forced him. He gave the exams and got cleared the first group exam in the first attempt itself. And he never looked back. He knew that was his profession and that’s what he wanted in his life.
After completing CA, he wanted to go for service in a corporate house. But his family guided him to the right oath he deserved to be. And he chose to practice as Chartered Accountant. Initially it was a struggle to in the field due to lack of clients and income. But Mr. Mukesh was persistent and determined because his father supported him with proper guidance and encouragement.

“ My father Mr. Ram Niwas Ruwatia has been my biggest inspiration. The one who inspired me to do more and the reason for all my success and what I am today. ‘’ — He added with joy.

Me. Mukesh Kumar started his professional career in 1998 and his motive was to advice new entrepreneurs to develop their skills and business by providing the best background. He motivated new entrepreneurs to develop their businesses. Initially, they hesitated since it was new to them. But Mr. Mukesh convinced them the possibilities and benefits that could happen in their businesses. He helped his clients to know more and more about state and central policies. Updated them about policies of government and amendment in various acts such as Income Tax Act, GST Act, etc. Once they were convinced by the idea, they started to incorporate them into their business, and they started to get recognition and monetary benefits. These entrepreneurs will be part of nation-building. They organize camps, seminars, workshops, for skill development.
He realized, learning is an unending process, which is essential for one’s professional and personal growth. And his advice for budding entrepreneurs is to never compare themselves with others, instead compare themselves with what they were in the past. The improvement in one’s growth should be considered as their achievement.