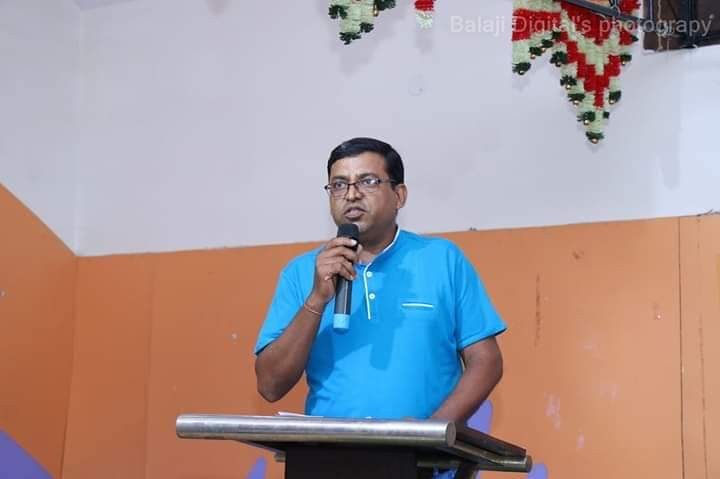 This Hyderabadi businessman inspires today’s youth how to remain focussed and ride the ups and downs of entrepreneurial journey with all success.

Into the business since last 28 years, Pankaj Kumar Sanghi, the owner of Jagadamba Sarees has seen it all – he has been to the peak, experienced decline and again struggled his way to the top slot. Today he is a reputed businessman in Hyderabad, dealing with all sorts of designer sarees and creating happy customers. As a true believer of God, he feels that the all mighty is kind enough to support him through the ups and downs of life.

Since childhood the bug of entrepreneurship had bitten him hard. Both his parents were in government jobs and he always dreamt of making it big in the world of business, and hence after completion of his post-graduation he started his own setup with mere Rs 5000 only. And over the years, learning the tricks of the trade he was quick to climb the ladder of success. He never had any idol as such, but always believed in himself and his potential towards making it big in his business. And with his positive attitude he did reach to the helm.

Luck was never on his side, yet he made those hardships look nothing and overcame it with ease. His showroom was completely gutted in the fire, amounting to huge financial losses. It was also an emotional jolt to him. The business which he stabilised after all the initial struggles again went down to almost zero. However, instead of losing hopes, he was focused and adamant to re-build his empire. But when he was recuperating, he lost his better half to cardiac arrest and this emotional loss was far beyond anything else. Yet with heavy heart and regaining some confidence after attending Dr Sneh Desai’s workshop, Pankaj started his business all from scratch. He even took the risk of visiting Surat and buy a huge stock of sarees inorder to start it all afresh.

He has been a risk taker and feels that opportunity never knocks twice, hence one should grab it whenever it comes our way. He plunged into the entrepreneurship bandwagon and started everything from scratch, even though he could have opted for a well set job. But that paid off, as he tasted success pretty fast and has maintained a consistency.

His sincerity, passion, hard-work, and leadership qualities helped him grow his business. With indomitable spirit and great man-managing skills, he truly symbolises and acts as an inspiration to today’s youth. Through sheer hard work, he could re-build everything that he had lost and with new energy and vigour forget the past and concentrate on the present to build a better future.