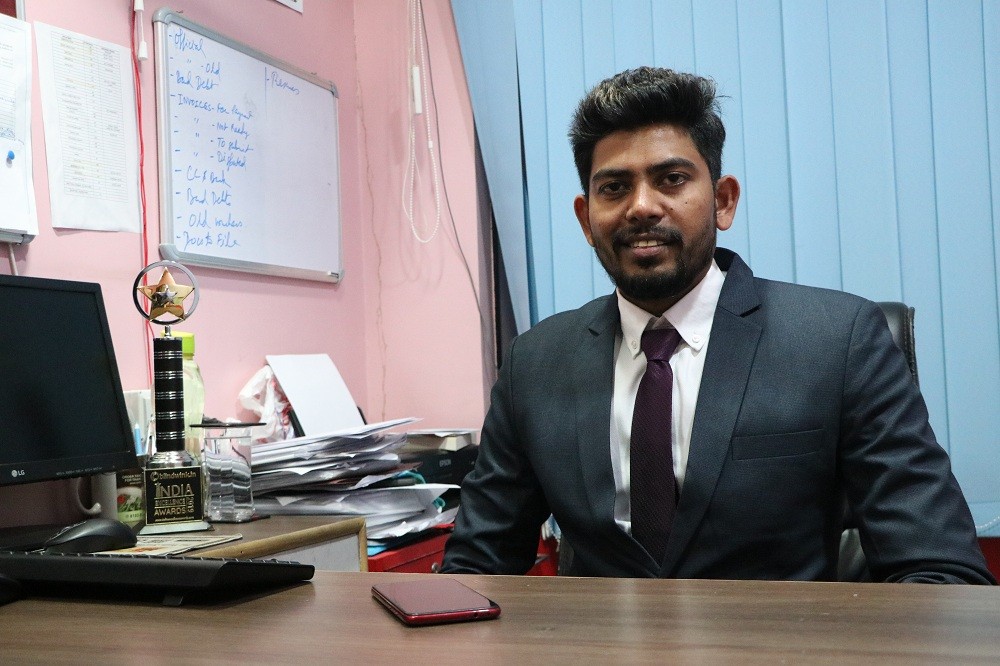 A highly proficient entrepreneur in E-Commerce industry– Manish Chandra’s business deals with serving food to passengers on trains for making their journey healthier and tastier one. This incredible entrepreneur from Bihar bears ‘Never quit’ tendency and deeply believes in the principle of “I can”. ‘Risks’ & ‘Give it a try’ being his best business policies, he believes in digital sphere where the customers are looking for your services. ‘Railrestro’ being his food venture, envisions imparting best food to people. Manish is a happily married man who manages his business with his wife Ms. Suman Priya, who is the company’s co-founder as well.

Aspiring to do something unique of his own since childhood, 9 to 5 jobs never amused him. During his frequent travelling by train he realized the lack of good food, which had been a common problem for all passengers. An idea struck his mind when his few co-passengers began to talk about how if restaurants start serving in trains so that one can order the food of their choice sitting at the berth. Serving restaurant food in trains had never been an easy task for them but by God’s grace, they could make this dream come true.

Today they have proudly served more than 50 lakh meals to passengers travelling via train in PAN India.

Owing to his wife’s support, Manish has become capable of fulfilling his dreams. He considers his wife as his biggest inspiration who always motivated him to go ahead with all the confidence. Though his idea didn’t go very well with a lot of people and he suffered gross criticism, but he dealt with it remarkably. On the other hand, funding, website design and human resource were his greatest challenges. However, with due course of time, through his own learning and ups & downs, they managed to survive and become renowned name in the industry. Sharing with us a few challenges they had to face, he says, “IRCTC permission and Restaurant partnership was really problematic. Initially the restaurants were not ready to believe on the telephonic orders, further they started denying hiring a ‘delivery boy’ for their business.”

Manish initiated his venture with very few restaurant partners and with an increase in flow of orders, they eventually spread their presence in almost every corner of the country. Crediting the digital sphere, Manish looks back at finding the delivery of food in trains through a website attractive for all the tech-savvy people that enabled them to order their food on the train. He also thought of enabling mobile phone calls for ordering food in trains, which consequently helped all people to get access to restaurant food in the train.

He discloses, “In the era of mobile telephones, everyone wants finger-tip solution for their problems, and this was what he designed and envisioned for his venture.

A very calm personality- Manish Chandra who got through various phases including financial and legal issues, maintained his cool. He has been applauded with several awards for his achievements like ‘Young Entrepreneur of the year awards- 2018’, organized by ‘Young Entrepreneurs business forum’ and ‘Startup Bihar Recognition”.