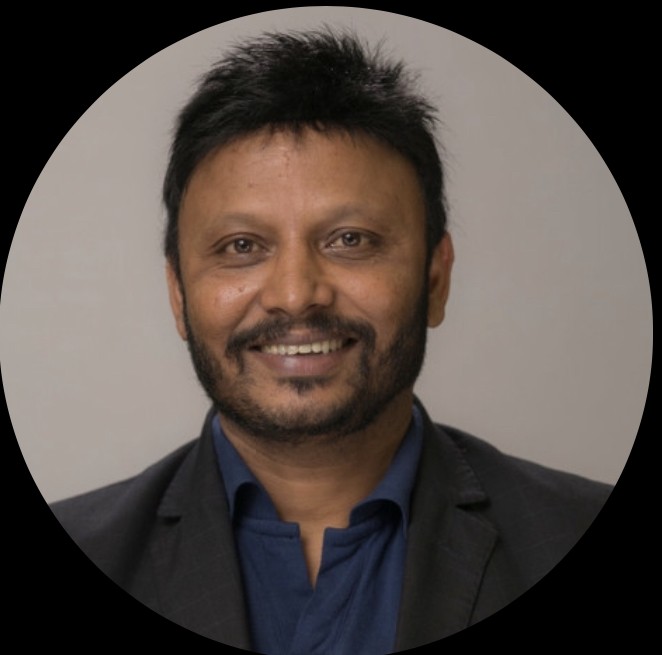 Awarded as ‘Most Influential Personality of the year 2019’ by ‘Blindwink’, Satish Sadasivan brings to the table over 25 years of diverse international leadership experience. He bears a wide range of exposure from being an individual contributor to managing sales teams. He has been exceptionally running profitable business units across the globe including 14 years of stint in the USA as well as in Middle East & India. Having worked with several ‘Fortune 500 companies’ like HP, Cognizant & Quintiles with IT/ BPO/ BPM/ KPO work profiles, he has been credited for managing and delivering compelling profitable business units ranging from $10 million to $250 millions. He also mentors future leaders across the functions including Operations, Marketing, Human Resource, Client Development, Finance and Compliance.

Satish is an MBA from Canadian School of Management and PGPX from UCLA Anderson School of Management. He has also done certified programs from MIT Sloan School of Management and Harvard University/ Harvard Business School, and is utterly passionate about building customer centric organizations. He is also a Certified Neuro Linguistic Practitioner. Satish’s humility to give back to the society has led him to be an active NGO participant at various organizations for last 20 years. Awarded with ‘Innovative Visionary Award – India – APAC Insider, 2018’, Satish is also a passionate boxer and adventurist. He is the one who is a bibliophilic, seeking his active presence on social media. He follows the principle of showing the same respect to people from doorman to chairman.

Recalling- “Not sure if he picked up sales or sales picked him up; with 25 years of sales experience, he still considers himself a sales guy at core.”

People describe him of having a great sales sense and the gift of the gag. He says, “I never knew how did I learn it or get this gift from! But I guess it was to a great extent the street awareness that you get when you are against odds, watching out behind your back, day after day and the instinct to survive that was imbibed in me at an early stage.” He has been felicitated with ‘Global Sales Excellence Award’ at ‘Cognizant Technologies, Dec-2013’

At various instants of time, he has gained inspiration from several celebrities around the world. From ‘Barack Obama’ – the 44th US President, he has learnt, “Yes, We Can!” and draws the spirit of realizing one’s own true potential. He follows the principle of giving importance to the process and not to the result from ‘Mahendra Singh Dhoni’- the former Captain – Indian Cricket Team. Moreover, he learns never to stop chasing your dreams from ‘Sachin Tendulkar’- the former Captain Indian Cricket team. He draws courage from ‘Steve Jobs’- the founder & CEO – Apple Inc, who motivates him to follow his heart and intuition. ‘Nelson Mandela’- the former president South Africa teaches him that courage is not the absence of fear but the triumph over it. He also looks up to ‘Rajnikanth’ – the superstar actor from India, for drawing inspiration of never ending one’s ambition. And It’s his never ending desire to do something that has made him win ‘TMT Trailblazer Award’ at ‘Hinduja TMT, Jan 2003’ and ‘Strategic Sales Award’ at ‘Mphasis, 2010’.

Coming from a background of humble beginnings, Satish had never been a bright student, and the very best his family could foresee about his career, was being a Garage Technician! But destiny had other plans; he landed his first interview for a sales job for a company where he had gone to pick his friend up for a movie outing!

He says, “If someone like me coming from a background like I described, can make a decent living for myself, I guess most of the world can do much better.”

Never taking regrets for anything in his life, the recipient of ‘HTMT Pathfinder Award’ at ‘Hinduja TMT, Jun 2003’, Satish Sadasivan went on with what came across his way. Immensely believing in “Never let others opinions of you influence you“, he trusted his intuition which always favored him. This down to earth personality believes in “never getting attached to work titles”. He has adopted the principle of “Invest in the process, the outcomes will take care of themselves.” And while signing off, he shares his mantra of life- “Accept people, life and situations for what they are”.