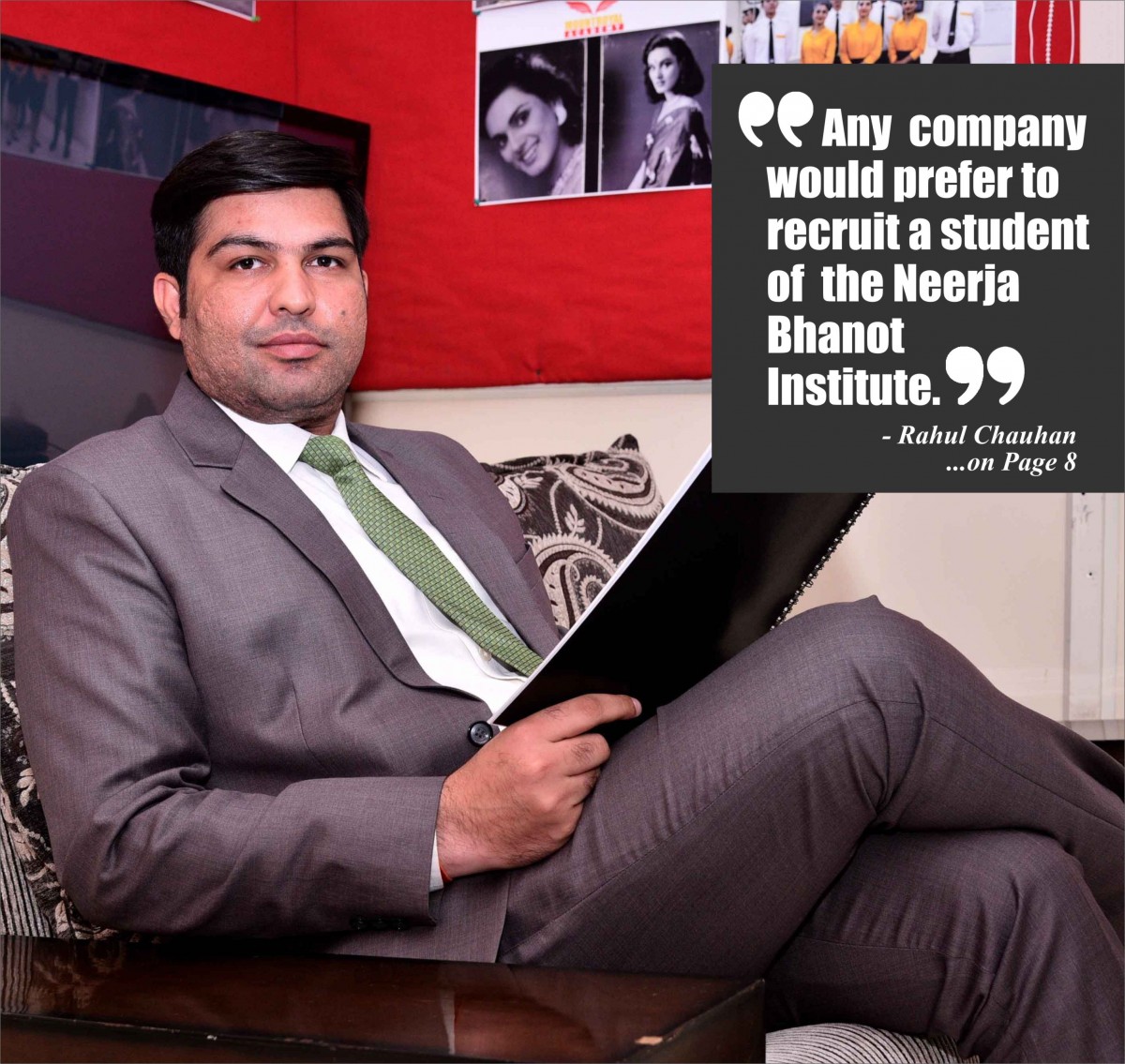 Rahul Chauhan, an international entrepreneur and Educationist has garnered worthy experiences and remarkable ventures at a relatively young age of less than 35 years. Accomplishing his schooling from the Army school, Dehradun was a natural fit for Rahul because of his brave ancestry with 3 generations in Army service.

Afterwards, he completed his 12th Boards in 2006 from Ambala Cantt., where his parents had settled by then. It was the time in 2008, when Rahul did his graduation while simultaneously working for the Haryana government’s education department as a part of Educomp, a project to promote mass computer education in schools, in association with Biprojeet Chaudhary, who is his mentor as well.

Witnessing high potential in commerce and trade, he accomplished his Masters in Maritime Management in 2010 from Mumbai while simultaneously working for an HR Agency to manage his expenses in an otherwise expensive city. In 2012, he ventured his own HR Agency and got involved in Computer Education, which he expanded to branches in Dubai, Thailand, Africa and Haryana by 2014. The HR Agency, Siddhivinayak Placement was owned by three ladies, and it was getting troublesome for them to keep it out of the red; Rahul helped them to turn it into a profitable business and eventually was offered an opportunity to become a partner in their business. After bringing some vital changes, NRS Management Services (Pvt. Ltd.) came into existence.

Some worthy projects by Rahul incorporated- His Mumbai project that covered 1700 schools under the Navi Mumbai Mahanagar Palika, the project in Africa, which included computer education programs in Uganda University, Kampala and the overseeing of computer education in Government Secondary schools in Haryana.

After establishing himself thoroughly, he decided to enter the wedded bliss in 2015, and even the marital knot failed to tie down his vision, drive and dynamism. He soon initiated a new project to empower the underprivileged youth of the far flung villages and small towns of Punjab, Haryana and Himachal Pradesh, by offering them world class professional training under various scholarship schemes, for placements in the exponentially growing industries of Aviation, Hospitality and Travel, through his Mount Royal Academy, which soon evolved as a top-notch training institutions in Chandigarh in less than a year.

Still not content to rest on his laurels, Rahul Chauhan won the coveted iconic name of posthumously bestowed Ashok Chakra awardee Neerja Bhanot for his latest project- “The Neerja Bhanot Institute of Hospitality and Fashion”, “whose name I intend to spread not only across the nation but around the globe, to carry forward and establish the highest ideals of duty, courage and sacrifice, that this name is a symbol for, in the world of Aviation”, Rahul shares.

With this new project, Rahul also envisions to take his mission of empowering the unpowered  a step further, by not only helping the underprivileged in building promising careers but also making them commence their own highly respectable small scale startups by facilitating them computer education and professional training. Rahul recalls, “We were able to recognize and capitalize the opportunities since then and within a couple of years, we were able to branch out and operate in Ambala, Haryana first and then subsequently from Dubai, Thailand and Africa as well”.

Sharing about the mission of the institute, Rahul elaborates that the objective of ‘Neerja Bhanot Institute of Hospitality and Fashion‘ is to provide Vocational Training to young aspirants desirous of developing a bright career in the Aviation, Hospitality, Travel and other sectors. The Institute is a tribute to the courage and devotion towards duty by Ashok Chakra Awardee – ‘Neerja Bhanot’, the 23-year-old flight attendant, who became an icon in the world of the Aviation Industry by giving up her own life while saving the lives of nearly 400 of her passengers, in 1986. “The students of the academy will ingrain the principles of ‘Do your duty, come what may’ and would become loyal to look after the interests of the company they’ll work for, as well as its guests or customers”, says Rahul, an exceptional Business Tycoon.

Rahul shares,” I have learnt from my father that the path to success is paved with honesty and sincerity, and my grandfather taught me to never give up, admit defeat and always persevere”.