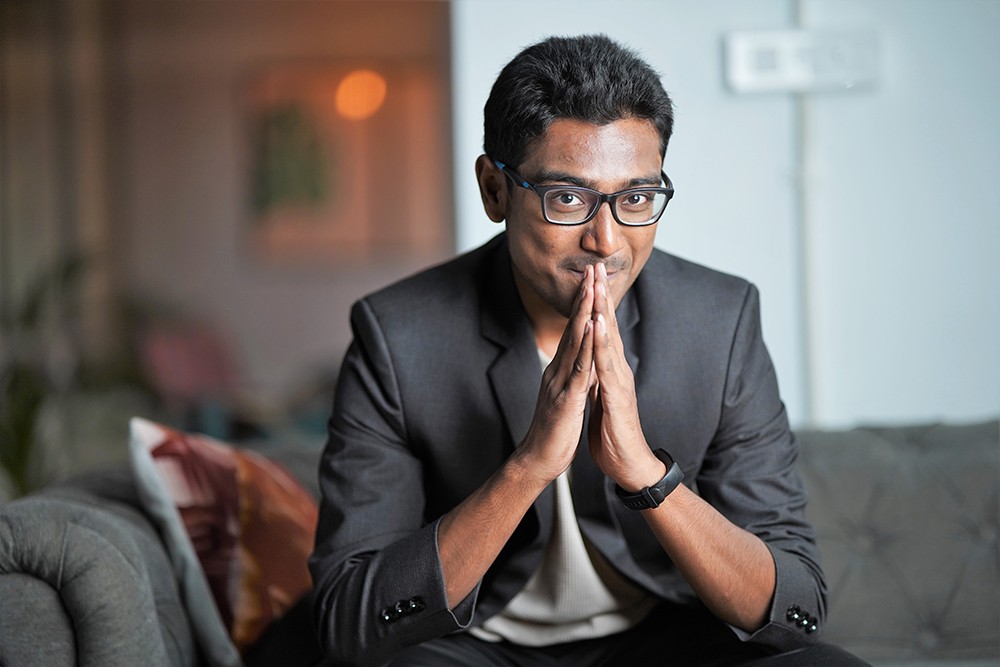 With a list of prestigious awards under his belt, the dynamic educationalist and founder of Rajsir.com is on a mission to bring in revolution in the field of education. Raj Vanyr of Rajsir.com is not only an Engineer but a certified International coach, entrepreneur and an aspiring author whose story should inspire the younger generation. Within just 5 years in the business, Rajsir.com has become popular among students who aspire to make it big in their career.

Like any other entrepreneurial journey, Raj too had to face many hardships initially and he is grateful to have them, as it made him stronger and encouraged to move ahead with firm determination. As a young lad, he did all odd jobs like selling idlis and popcorns on the streets, swept the floors, polished shoes, worked in a glass shop and took tuitions – all these to support his family which was financially weak. Raj confesses that “Those childhood struggles are awesome and magnifies your success. It builds you as a person. In later stage of my life, when I was betrayed and back stabbed, threatened and humiliated – it helped me to bounce back appropriately.”

Raj never shied away from taking challenges. And that has been a character of a successful entrepreneur. He had the courage to turn down hundreds of lucrative offers and resigned from his job at the age of 24, just to focus on his venture. He invested time, energy and money into his venture which had a noble mission to impart quality education to the next generation.

As a man with strong business acumen, Raj was quick to map the opportunity. He feels that with the rapid growth of technology, the dynamic learning needs will change too. Alternate career path to nurture passion is the new segment that will grow and he has rightly tapped into the segment. Awarded as Mr RAGC’2016 followed by India Icon Awards 2019’s most inspiring career coach, this educationalist has some unique characteristics that makes him a true revolutionary – while most of the coaches are running after money, Raj feels otherwise.

Hailed from an economically backward family, Steve Jobs has always been his idol. The fact that Apple founder has transformed millions through his innovations, inspires the Mumbai based educationalist to the core.
It was during his 2nd year of Engineering when he started coaching Diploma students just to support his family and his own education. And probably that was the starting point of what we see today as Rajsir.com. When asked about his entrepreneurial journey, he fondly recalls

“My journey in the education industry began which later got transformed to security and stability. I taught in colleges and coaching institutes, even worked with edu-tech corporates, and had run my own coaching institute. And that’s when I realized that education has become a huge business.”

It was his childhood dream and passion that sparked off this entrepreneurial journey. The vision to transform this country through youth transformation helped him to launch the mission of bringing revolution to the education industry.