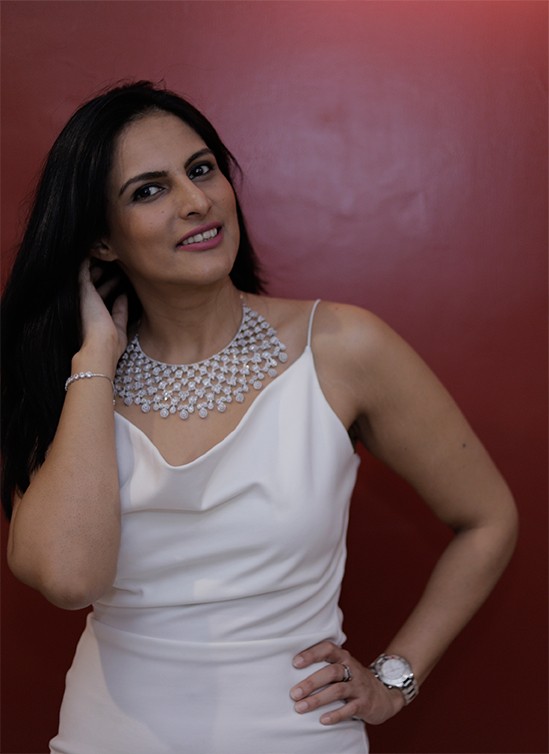 This is a story with its heart in the right place- Avni Gujral, who is intrigued by the jewellery styles and designing. An award winning “Emerging Designer of the year”, entitled by DLF Emporio, Avni was prompted to find her calling in this sector in 2012, with her brand “Jewellery by Avni Gujral“, that deals in high-end fashion and semi-precious jewellery. Venturing into the sector was a smooth sailing for her, who specializes in imitation, classic and contemporary jewellery. Paying precise attention to detailing, she deals in designs with a quirky sense of style and specializes in high quality craftsmanship for women of all ages. Avni Gujral, a graduate from the London College of Fashion (2007-2010), has been setting an example of perfect blend of contemporary fashions walking the streets of London with an alluring twist of Indian traditional touch.

She incepted her brand with a vision of imparting luxury jewellery at affordable prices. Crediting her wholesome experience with Elle magazine, and looking up to her mother, Anjali Gujral, as her idol, who deals in precious jewellery; Avni ingrained the idea of hassle free and travel friendly jewellery for women. With a clear mission in mind, she rose up to fame with her brand, providing a vast variety of designs and styles to women transcending all sectors of society and age. While finding a way to fit in the market, the China-made jewellery market was already rolling the segment with its highly competitive prices, but Avni’s sheer hard work and unique designs made her breakthrough in the market. Her brand is credible for providing ‘high quality- multi use’ jewellery.

She has been amplifying her brand and has been applauded for her every hand-made design that is interwoven with strong tones of individuality. She is all praises for the artisans of her brand, from rural locations in India, whose competence in hand-made pieces can be witnessed in the intricacy of the jewellery and helps her in striking winning streaks for “Jewellery by Avni Gujral”. Her brand, on a flip side, reflects a story of rural life and gets them connected to the urban world.

Her designs have been worn by many celebrities like Soha Ali Khan, Sonam Kapoor, to name a few…, and have been showcased in movies like ‘Befikre’ and others. Avni has offered her jewellery to several Bollywood stars, television stars, TV advertisements and actors in Amazon Prime series.

Avni describes her designs as “the jewels of a Queen for a Queen”.  “And… no women ever looked at herself in the mirror and said, ‘this jewellery makes me look fat!’”, she chuckles.