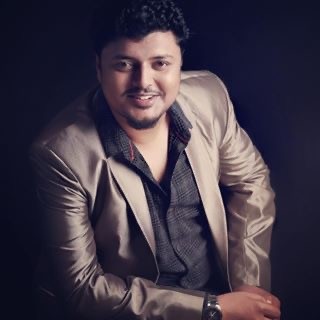 A creative soul, a meticulous entrepreneur- Yashwanth Shivaprakash, is a senior Sound Engineer, Music Producer and DJ by profession carrying 16 years of extensive experience in the entertainment and media Industry. The recipient of KIMA awards (Kannada International Music Award) in the year 2015 and 2017 as well, embarked on a rare venture of throwing the doors open for music enthusiasts to make them delve deeper into the field of Recording Arts and Music Technology, by incepting ‘AudioLife’- a school of Sound Engineering.

Being inclined to music since childhood, Yashwanth could have easily began his career as a DJ without any formal training in 2003, but pursuing music during that period had been a critical choice to survive for the lack of support of education in the field of music industry across the country. Also, the very few institutes existed at that time provided inadequate information in the subject at high charges, which neither met the requirements of the aspirants to launch his career nor boosted their confidence to make a mark in the music/ audio industry. This concern make Yashwanth visualize an opportunity for the aspirants. Though incepting the institution to impart quality training of sound engineering and music production at affordable prices had been challenging but his vision to ensure a successful career to the aspirants in the audio industry, evolve as a boon to the music aspirants.

Yashwanth, who is immensely inspired by music and great musicians in the music industry, shares his story of struggles while incepting his institution, and recalls, “Being a first generation entrepreneur, my entrepreneurial ability had always been questioned, but my own innate creativity, ability to organize capital & people and ideal time investment in this venture at the young age of 24, has made me do the impossible. Though the challenges of losing other possible alternative ventures had always been hovering over my head but my belief in myself fueled my burning passion towards music industry, which backed me in achieving my goals consistently”.
Yashwanth Shivaprakash has bagged many laurels for his contribution to the music industry, such as the honour of launching the first ever remix album in Kannada film industry in partnership with reputed ‘Lahari Music recording company’. He is the “2016 Future of India” awardee, and has bagged the ‘2016 Leaders Awards (Education)’ for achieving School for innovation & value based education award (Karnataka).
The winner of  ‘India Education Award 2017’  for ‘Best Sound Engineering  Institute in South India’, Yashwanth has also brought home the  “2017 World Leadership Federation’s” Middle East – Asia Leadership Award for Academic Leadership. He is the ‘India 5000 Best MSME awardee – 2017’ for his outstanding contribution in quality and excellence, in the realm of customer satisfaction.

He has also been awarded with the ‘Leading Sound Engineering Institute of the year (South India)’ at WBR Corp’s Leadership Summit 2018, Franchise India’s Entrepreneur India Award 2018 for ‘Entrepreneur of the Year in service business- training’, and ‘India SME 100 Awards 2018’ for scoring in the top 100 in the overall evaluation of Financial and Non Financial Parameters amongst 33102 nominations, presented by AXIS BANK.